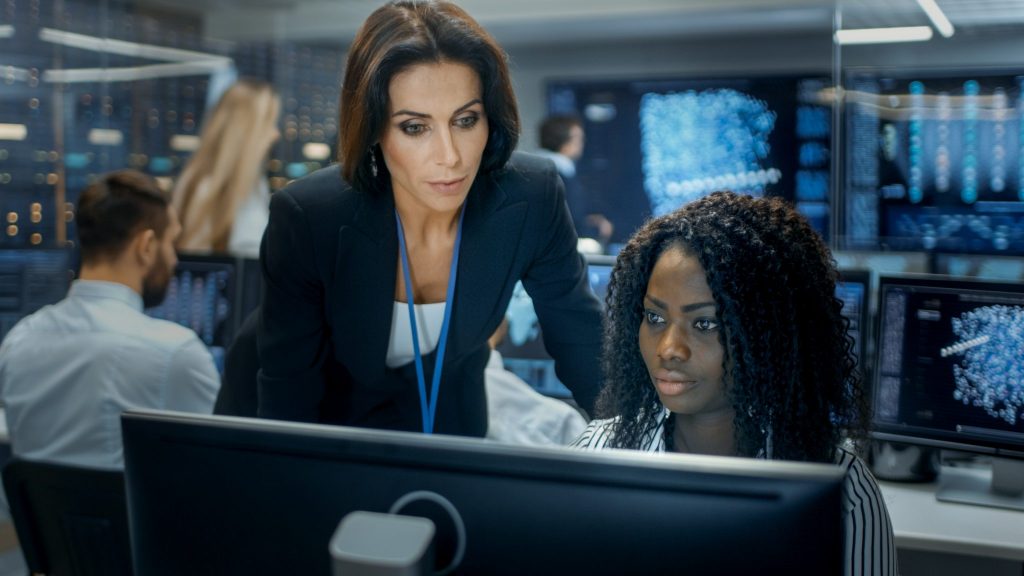 With the help of the Society of Women Engineers, the Center for WorkLife Law produced a comprehensive survey documenting in the real world what social psychologists have long observed in labs: that women and people of color experience workplace hurdles that do not exist for white men.

The survey is based on more than 3,000 responses from male and female engineers across the academic, government, corporate and nonprofit sectors. All of the respondents had at least two years’ experience in the field.

What we found was striking and disconcerting.

The majority of women engineers reported having to prove themselves over and over again to get the same level of respect and recognition as their colleagues; many said they got pushback for acting assertively and showing anger on the job. One in three said they felt pressure to follow rather than lead, and half said they did more of the “office housework,” like taking notes. Nearly half said that having children changed their colleagues’ perceptions of their work commitment or competence (only 20% of white men felt the same way).

The study compares the experiences of white men to other groups in engineering, and revealed marked gender and racial differences in experienced workplace bias. The survey showed that engineers of color — both men and women — struggle against many of the same barriers. Two out of three reported having to prove themselves repeatedly as compared to white men, and roughly half said they could not behave assertively or show anger at work without pushback. Like women, engineers of color feel pressure to follow instead of lead, and to do the office housework. They also feel disadvantaged in pay, promotions, performance evaluations and networking opportunities.

The Center for WorkLife Law has developed a detailed framework for understanding the constellation of factors that make up these biases. In their book, What Works for Women at Work, Center for WorkLife Law founding director Joan C. Williams and Rachel Dempsey describe four biases that undermine women and people of color at work.

The “Prove-It-Again Bias” asks women to repeatedly prove that they can do what they’ve already done; “The Tightrope Bias” forces women to constantly choose between appearing to be too masculine (and therefore respected, but not liked) and too feminine (and therefore liked, but not respected). “The Maternal Wall Bias” puts up barriers to women who are also mothers, and “The Tug of War Bias” pits women against one another in the workplace.

It’s important to note that not all companies suffer from a toxic climate when it comes to gender and race, and some survey respondents felt that engineering is moving in the right direction. However, many women engineers and engineers of color are looking for ways to navigate these challenging environments, and employers are looking for tools to help them change the environment in their organizations.

For those working in a climate that is hostile to women and people of color, the Center for WorkLife Law has put together a comprehensive toolkit that explains how to identify and interrupt bias in your workplace and provides clear, actionable ideas to help change your workplace culture. All of the resources are free to access online.

For employers, It’s important to understand that one-shot bias training has proven ineffective in reducing workplace bias, and old-fashioned “sensitivity training” may even make matters worse. Today, experts believe the best way to address bias in the workplace is through training that focuses on the cognitive bases of bias, providing managers with practical tools and methods for interrupting bias. Bias Interrupters Training, provided by the Center for WorkLife Law, is an evidence-based model that provides real solutions.

However, training is often just a first step. In many cases, bias is transmitted through basic business systems, including hiring, assignments, performance evaluations and compensation practices. If this is the case at your company, we recommend using a model called Metrics-Driven Bias Interrupters, which follows a four-step process.

The Center for WorkLife Law has adapted its Workplace Experiences Survey to be used as an internal climate survey. You can use this — or another method, like focus groups — to find out if and where gender or racial bias is playing out in your organization.

Wherever you find bias, establish an objective metric to measure it. This will become your baseline, and you’ll use it to measure progress as you move through the remaining steps.

The Center for WorkLife Law coined the term “bias interrupter” to refer to an evidence-based tweak to a basic business system that is designed to interrupt bias. Our free, open-source toolkits walk you through implementing bias interrupters. The toolkits are available on our website, and we provide training and survey options as well.

After you’ve implemented your bias interrupter, revisit your metrics to see if it has had the intended effect. If it has, you can continue with the changes you’ve made. If it has not, you can change your approach.