Our Work Women in STEM

The Center is challenging the problem of gender diversity in STEM, from postdoc researchers to career scientists.

Bias Against Asian People in STEM 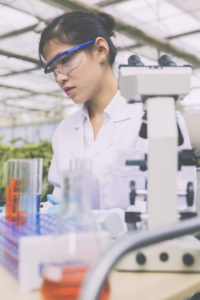 The stereotype in the United States is that “Asian people are good at science.” You might think that this stereotype would advantage U.S. women of Asian descent in science, technology, engineering and math (STEM) disciplines. We found the opposite: instead, they encounter the same types of bias that other people of color do. This information is important because most diversity initiatives in STEM address the challenges faced by under-represented minorities (URMs)—black and Latino/a people—but exclude Asian people.

Based on the results of a national survey of over 3,000 engineers, this report from the Center for WorkLife Law and the Society of Women Engineers documents large gender and racial gaps for multiple patterns of bias among engineers.

The report found that women (61%) and engineers of color (68%) were more likely than white men (35%) to report having to prove themselves repeatedly to obtain the same levels of respect and recognition as their colleagues. 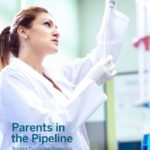 A part of the Pregnant Scholar Initiative, this study examines the experiences of postdocs who are parents.  Research has shown that postdocs often leave their career paths when they become parents. Our research seeks to answer why by examining institutional data and asking the postdocs themselves.  The study shows that bias and a lack of institutional policies for postdoc parents contribute to their negative experiences in postdoc appointments, even driving some to leave. 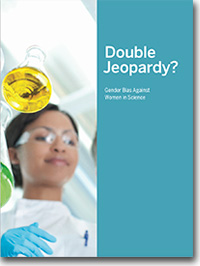 This study examines whether the four distinct patterns of gender bias that have been documented in experimental social psychologists’ labs reflect what is actually occurring at work for women in the STEM fields, and particularly for women of color. The study shows that gender bias exists, and it exists for women of color: 100% of the scientists interviewed reported encountering gender bias at work.

Tools for Change in STEM Project

ve stalled women’s advancement in science: implicit bias and lack of family-friendly policies. Mary Ann Mason, UC Berkeley and Joan C. Williams, UC Hastings have engaged in more than 20 years of original research to determine when and why women drop out of the pipeline and to develop tools to help universities retain women scientists.

Under their ADVANCE grant, Mason and Williams partnered with AWIS to develop their research into a series of user-friendly 15-minute online workshops for use with different university audiences. Included are The Competitive Edge: Best Practices for Family Friendly Policies (for university administrators), Building an Excellent Department in an Era of Tight Budgets: It’s Cheaper to Keep Her (for department chairs), Some Things Are Illegal (for department chairs, administrators, and compliance officers), and What Works for Women At Work.